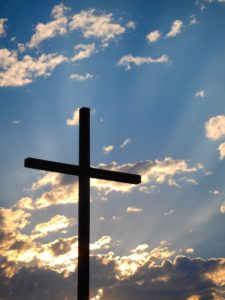 Day 1: Palm Sunday
After his entry into Jerusalem and being hailed as the King of Israel, Jesus and his disciples spent the night in Bethany, a town about three kilometres east of Jerusalem. This is where Lazarus, whom Jesus had raised from the dead, and his two sisters, Mary and Martha, lived. They were close friends of Jesus, and probably hosted Him and His disciples during their final days in Jerusalem.

Day 2: On Monday
The following morning, Jesus returned with his disciples to Jerusalem. Along the way, he cursed a fig tree because it had failed to bear fruit.

When Jesus arrived at the Temple, he found the court of the Gentiles full of money changers. He began overturning their tables and clearing the Temple, saying, “The Scriptures declare, ‘My Temple will be a house of prayer,’ but you have turned it into a den of thieves” (Luke 19:46).

On Monday evening Jesus stayed in Bethany again, probably in the home of his friends, Mary, Martha, and Lazarus.

Day 3: On Tuesday
On Tuesday morning, Jesus and his disciples returned to Jerusalem. They passed the withered fig tree on their way, and Jesus spoke to his companions about the importance of faith.

Back at the Temple, religious leaders were upset at Jesus for establishing himself as a spiritual authority. Later that afternoon, Jesus left the city and went with his disciples to the Mount of Olives, which sits due east of the Temple and overlooks Jerusalem. Here Jesus gave the Olivet Discourse, an elaborate prophecy about the destruction of Jerusalem and the end of the age.

Day 4: On Wednesday
The Bible doesn’t say what the Lord did on the Wednesday of Passion Week. It is considered a day of silence in terms of any action taken by Jesus. On this day the Jewish authorities determine to have Jesus executed. It is possible that on this day Judas Iscariot negotiates with the Jewish authorities, and Jesus is anointed by the woman with expensive perfume.

Day 5: On Thursday
From Bethany, Jesus sent Peter and John ahead to the Upper Room in Jerusalem to make the preparations for the Passover Feast. That evening after sunset, Jesus washed the feet of his disciples as they prepared to share in the Passover.

That night, Jesus shared the feast of Passover with his disciples. During this Last Supper, Jesus established the Lord’s Supper, or Communion, instructing his followers to continually remember his sacrifice by sharing in the elements of bread and wine (Luke 22:19-20).

After the last supper, Jesus and the disciples left the Upper Room and went to the Garden of Gethsemane, where Jesus prayed in agony to God the Father. Late that evening in Gethsemane, Jesus was betrayed with a kiss by Judas Iscariot and arrested by the Sanhedrin. He was taken to the home of Caiaphas, the High Priest, where the whole council had gathered to begin making their case against Jesus.
Meanwhile, in the early morning hours, as Jesus’ trial was getting underway, Peter denied knowing his Master three times before the rooster crowed.

Day 6: On Good Friday
In the early morning hours, as Jesus’ trial was getting underway, Peter denied knowing his Master three times before the rooster crowed. Judas Iscariot, the disciple who had betrayed Jesus, was overcome with remorse and hanged himself early Friday morning.

Meanwhile, before the third hour (9 a.m.), Jesus endured the shame of false accusations, condemnation, mockery, beatings, and abandonment. After multiple unlawful trials, he was sentenced to death by crucifixion.

Before Christ was led away, soldiers spit on him, tormented and mocked him, and pierced him with a crown of thorns. Then Jesus carried his own cross to Calvary where, again, he was mocked and insulted as Roman soldiers nailed him to the wooden cross.

Jesus spoke seven final statements from the cross. His first words were, “Father, forgive them, for they do not know what they are doing.” (Luke 23:34, NIV). His last words were, “Father, into your hands I commit my spirit.” (Luke 23:46, NIV)
Then, about the ninth hour (3 p.m.), Jesus breathed his last breath and died.
By 6 p.m. Friday evening, Nicodemus and Joseph of Arimathea took Jesus’ body down from the cross and lay it in a tomb.

Day 7: On Saturday
Jesus’ body lay in its tomb, where it was guarded by Roman soldiers throughout the day on Saturday, which was the Sabbath. Jesus rests from his labour to bring about an end to sin & judgement, and the work that will make new creation possible.

Day 8: On Resurrection Sunday
On Resurrection Sunday, we reach the culmination of Passion Week. The resurrection of Jesus Christ is the most important event of the Christian faith. The very foundation of all Christian doctrine hinges on the truth of this account.
Early Sunday morning, several women (Mary Magdalene, Joanna, Salome, and Mary the mother of James) went to the tomb and discovered that the large stone covering the entrance had been rolled away.

On the day of his resurrection, Jesus Christ made at least five appearances. Mark’s Gospel says the first person to see him was Mary Magdalene. Jesus also appeared to Peter, to the two disciples on the road to Emmaus, and later that day to all of the disciples except Thomas, while they were gathered in a house for prayer.
The eyewitness accounts in the Gospels provide what Christians believe to be undeniable evidence that the resurrection of Jesus Christ did indeed happen.